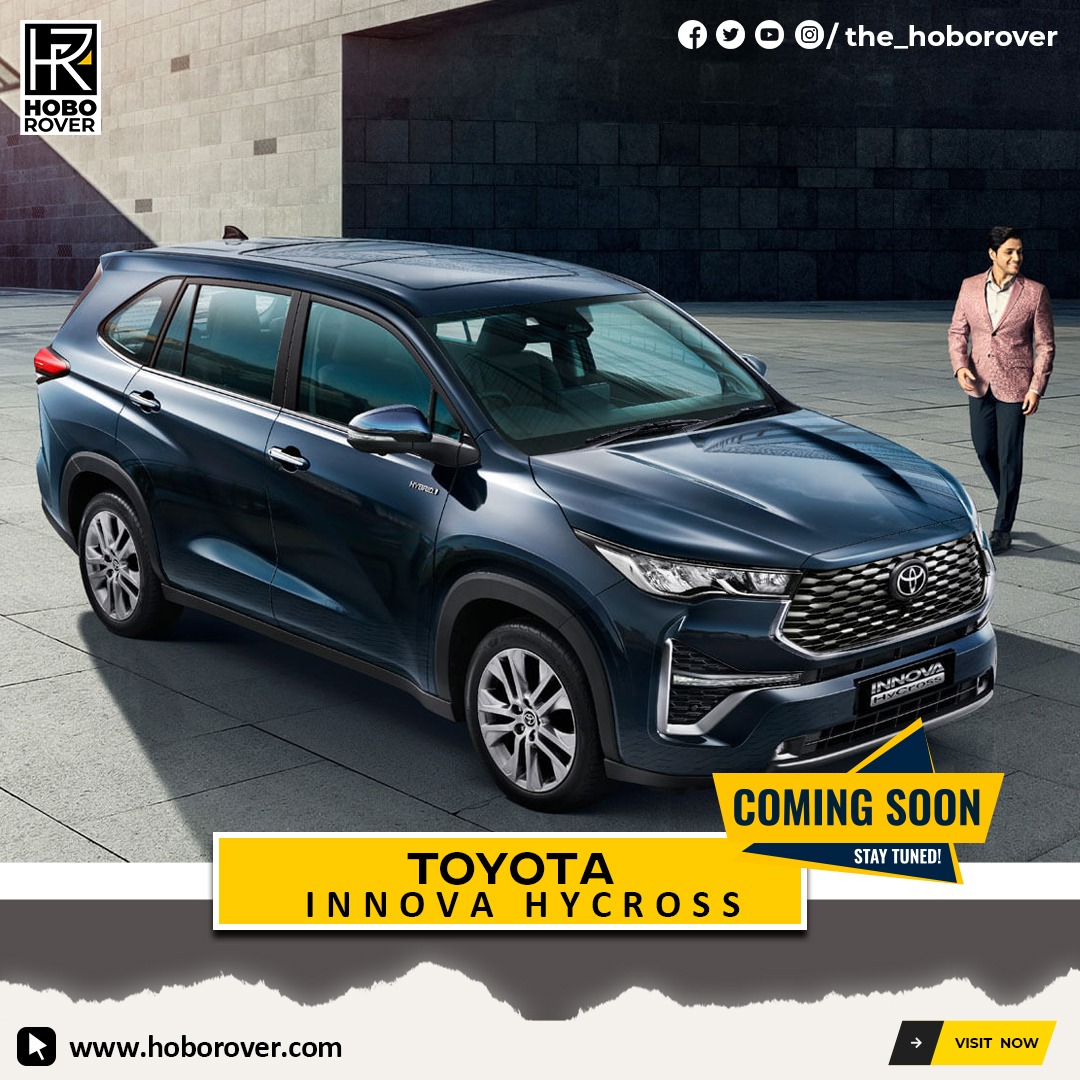 Toyota showed off the new Innova Zenix in Indonesia on November 21, and now the Innova Hycross is here in India. It is the third generation of the car compared to the second-generation Innova Crysta, which is a big improvement. It gets a more SUV-like look, a front-wheel-drive monocoque TNGA platform, and a long list of new features that make it important again in its segment. The Innova is a legendary car in India, and the Toyota Innova Hycross is a big improvement and a sign that Toyota will take the car in a new direction in the future.

The Outside of Innova Hycross

Since it came out in 2005, the word “Innova” has come to mean a car that looks like an MPV. The Crysta got a bit more manly with thicker lines, but it still looked like an MPV. Some parts of this new car’s design are different from that style, and it has a crossover look. Hence, the cross in Hycross in Innova Hycross.

In the front of Toyota Innova Hycross, there’s a big chrome grille with the Toyota “T” logo standing tall in the middle. You get a thick bumper with chrome accents and LED headlights. In the profile, you can see that the wheel arches are very wide, that there is black cladding around the lower part of the profile. The door handles match the body color.

You get ORVMs with Innova Hycross India that match the color of the car and 18-inch alloy wheels with multiple spokes. The 16-inch and 17-inch wheels will look different, but the wheel covers will look like the 16-inch and 17-inch wheels. The middle section above the license plate slot gives the back end the look of a Toyota. In Indonesia, where the Innova is very popular, this is common with other Toyota cars like the Cayla and the Veloz.

At the back of Innova Hycross, badges are on both sides, a thick bumper, and tail lights that go all the way around. SUV design is the way to go, and a popular and strong car like the Innova has changed its look to look more like an SUV, proving that.

The Inside of Toyota Innova Hycross

The interiors of the Innova Hycross India range have always looked just good enough for the price range they were in, but only a little more. Well, Toyota finally stepped up its game by making many big changes. The length of the car as a whole has grown by 100 mm, and the wheelbase has grown by almost 100 mm as well. The cabin is decorated with a mix of brown and black, and there are many soft-touch, high-quality plastics in all three rows.

The 10.1-inch display and the island-like center console with the gear lever, climate control interface, and ADAS buttons take up most of the first row of Innova Hycross. A wireless charging pad is at the top of the island.

In this top-of-the-line Toyota Innova Hycross, the party piece is the second-row seat that you can fully recline like an ottoman. On paper, it looks nice, but when you use it, you find that the powered function works to raise the footrest and recline the seat, but you have to move it by hand to get it exactly where you want it. Also, the front passenger seat doesn’t have power, and if you want to move it, you must do it by hand. People who buy the Innova Hycross India are likely to have a driver take them places, so the fact that the seats are both automatic and manual won’t matter as much. The third-row seats fold down to make more space for cargo. It is one of the best things about the Innova range, and you can fit almost anything in vertical and horizontal stacks.

Toyota has spent a lot of money on Innova Hycross to update its list of features and make it look like the best in its class. The top-of-the-line ZX (O) shown in the photos has a panoramic sunroof, three-zone climate control with rear vents, a power driver seat with a memory function. Not just that, it has a 10.1-inch display for the infotainment system with Apple CarPlay and Android Auto, Connected car technology, a JBL sound system, a full-color MID, power mirrors, power windows, an LED light package, and a 360-degree camera.

Toyota will set the price of the Innova Hycross between Rs 22 lakh and Rs 30 lakh. Prices will be announced in the middle of December, and reservations can begin today. They have also said that they will send out the first Toyota Innova Hycross around the middle of January 2023. It is expected to compete with cars like the Hyundai Tucson and the Citroen C5 Aircross in this price range. You will also have cars like the BYD Atto 3, Skoda Octavia, and lower-end versions of the MG Gloster and Kia Carnival. On November 25, the Innova Hycross India was shown off for the first time in India. The model will likely be sold in India for the first time at the Auto Expo in 2023.