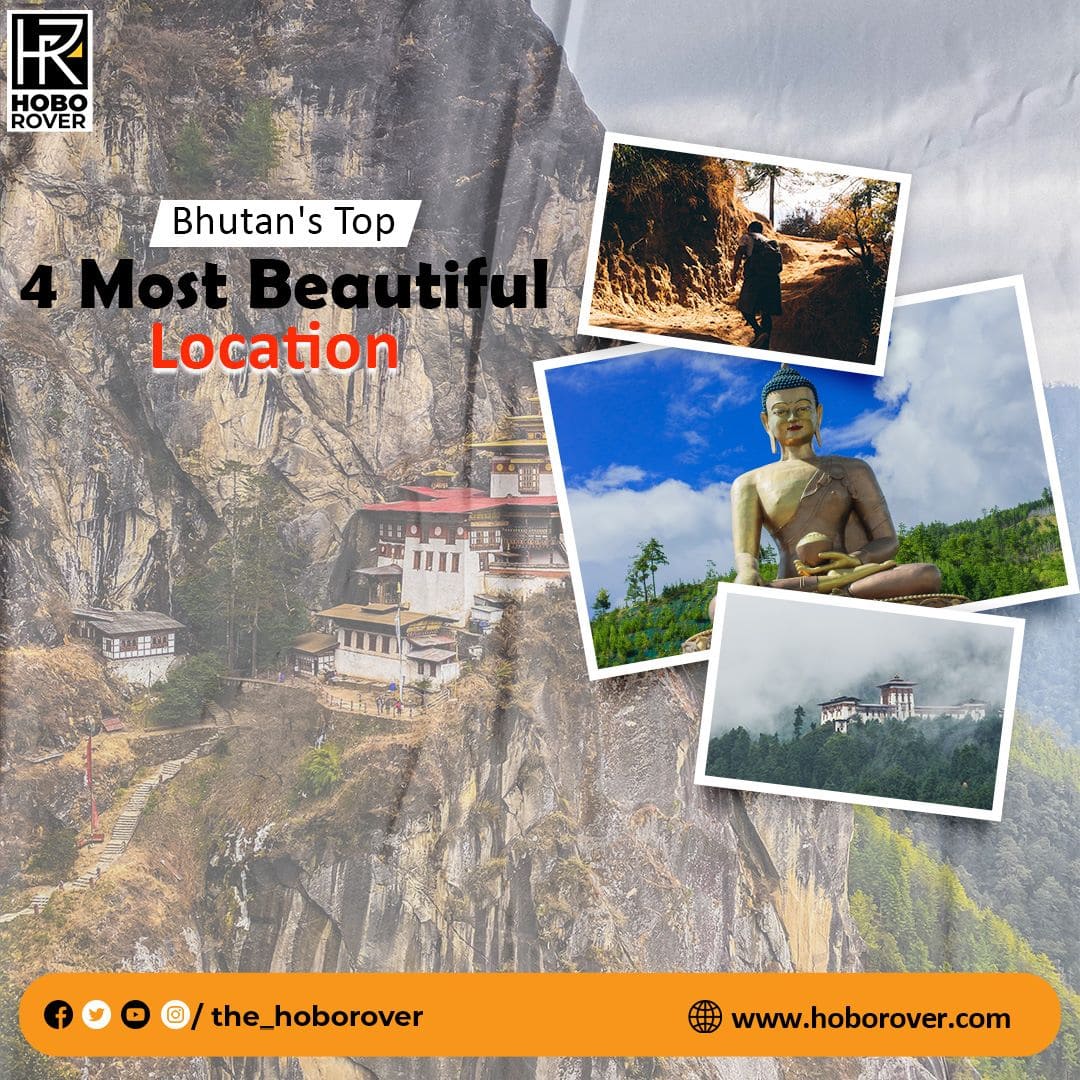 The last Himalayan kingdom, Bhutan, is a place where joy reigns supreme. This beautiful paradise is tucked between the countries of India and China, and it is surrounded by the mysterious Himalayas, as well as picturesque plains and magical sub-alpine mountains. There are many beautiful places to visit in Bhutan, all nestled among these miraculous natural wonders.

Bhutan’s 47,000 square kilometers offer a wide variety of opportunities. Tourist destinations in Bhutan are some of the world’s most charming, making them ideal for couples. Adventurous types would enjoy the mighty Himalayas (7,000 m) and their rugged terrain. The beautiful scenery in Bhutan will always be remembered by those who appreciate nature. In any case, if you are considering a trip to the “happiest kingdom on earth,” the following is a rundown of the top 4 most impressive tourist destinations in Bhutan:

Paro Bhutan is the most popular place to visit in Bhutan because of its peaceful beauty and clean air. It is surrounded by steep mountains, green fields, and old buildings. The only international airport in the city is located here.So, Paro Bhutan gets the most tourists at any time of the year. There are many trips to beautiful dzongs like Paro and Zuri, as well as to monasteries and palaces like Paro Taktsang, Pelri Goemba, and Ugyen Pelri Palace. Paro (PBH) Airport, which is 3.3 km away, is the closest airport to Paro.

Bumthang or the Jakar Valley is often called “Little Switzerland” because of the beauty and charm of its evergreen mountains. Well, you might not find the beautiful Swiss Alps here, but you can taste delicious “Swiss Cheese” as you tour the beautiful Jakar Valley, which is how it got its name. Bumthang, which is in the central-eastern part of the country, has more natural beauty and wonders than any other place to visit in Bhutan. Jakar is also known for its rough terrain and difficult trails, which have made it popular among people who want to feel a rush. You’d enjoy this valley whether you’re outside or inside.Spring (March through May) and winter are the best times to visit.

Phuentsholing is where people from different places, like Kolkata and Siliguri, meet. The small, hot border town of Phuentsholing is across from the much bigger Indian bazaar town of Jaigaon. It is separated from Jaigaon by a weak fence and the Bhutan Gate, which has been taken over by many people. This place is now one of the most popular tourist destinations in Bhutan. It is a fascinating place where people from different cultures come together, especially Indian, Bhutanese, and Nepalese people. As a border town, Phuentsholing is a good way to get to and from Bhutan. It is also the best way to get to the Indian states of West Bengal, Sikkim, and Assam. The best time to visit Phuentsholing is between November and March, and between May and August.