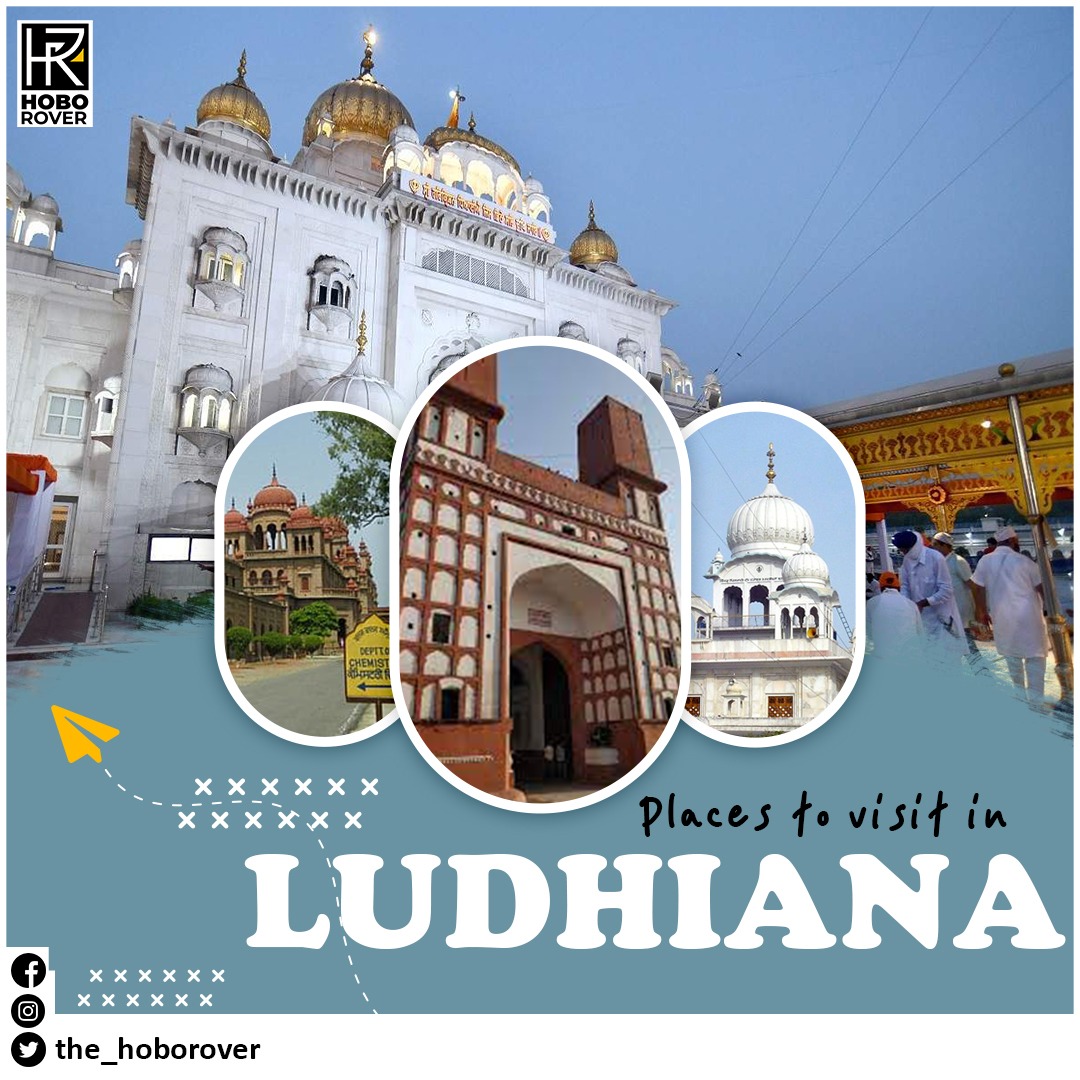 One of the biggest cities in India, Ludhiana is also the biggest city in the state of Punjab and north India as a whole. The city is called India’s Manchester by the BBC in the UK. Like every other Indian city, Ludhiana has a long history that shows what India is like today regarding industrial and technological development and other things.

There are lot of places to visit in Ludhiana from a tourist perspective. It has many monuments, modern culture, and traditional Punjabi food, making it an excellent place to visit. Here are Hoborover’s top picks, which is the best travel website in the country.

One of the most important places to visit in Ludhiana city is Gurudwara Mehdiana Sahib, also known as the School of Sikh History. Because of its long history, this gurudwara is one of the most critical places in the Sikh religion. People think that Guru Gobind Singh and his followers rested there after the big battle with Aurangzeb’s Mughal army. Many people are interested in the gurdwara’s design because it has important Sikh history written on its walls.

The Pavilion mall in the city of Ludhiana is a great place to spend your time and shows how India has changed over the years. With more than 100 shops, restaurants, cafes, and a multiplex movie theater, the mall is always packed and considered among the top chill-out places to visit in Ludhiana. This mall is an excellent place for couples to go to in the city of Ludhiana. It is also one of the best places to shop in Ludhiana because it has many different kinds of traditional and modern clothes.

Hardy’s World is also among the best places to visit in Ludhiana, especially during the summer months. It is the largest water park in the state of Punjab. Everyone is captivated by the water rides it offers. Float around in the infinite river and speed down the water slides; these are the primary activities offered at this incredible water park. The fact that this water park features the largest uphill roller coaster in the world is enough to blow people’s minds. In addition, the park is home to India’s third-largest indoor snow city, which allows visitors to experience what it’s like to skate on ice and snow while getting a taste of how harsh winters can be.

In India, the Punjab Agricultural University is the third oldest agricultural university. It is made up of a museum that illustrates the progress that India’s agriculture sector has made since the country’s independence. Visitors are drawn to the museum largely due to the park-like setting surrounding it. In this setting, visitors are able to unwind and have a wonderful time, mainly when they are with their families.

The Nehru Rose Garden is among the most extensive rose gardens in the world. This garden was created in honor of Jawaharlal Nehru, the first Prime Minister of Independent India. This stunning garden is spread across thirty acres of land and has more than seventeen thousand different kinds of trees and plants. There are 1600 distinct rose varietals, of which 1600 are listed here. The tourists are able to unwind and have a wonderful time in this relaxed environment thanks to the lush green beauty that this location offers, together with a clear sky. In addition to those features, the garden includes other attractions such as musical fountains, walkways, and so on.