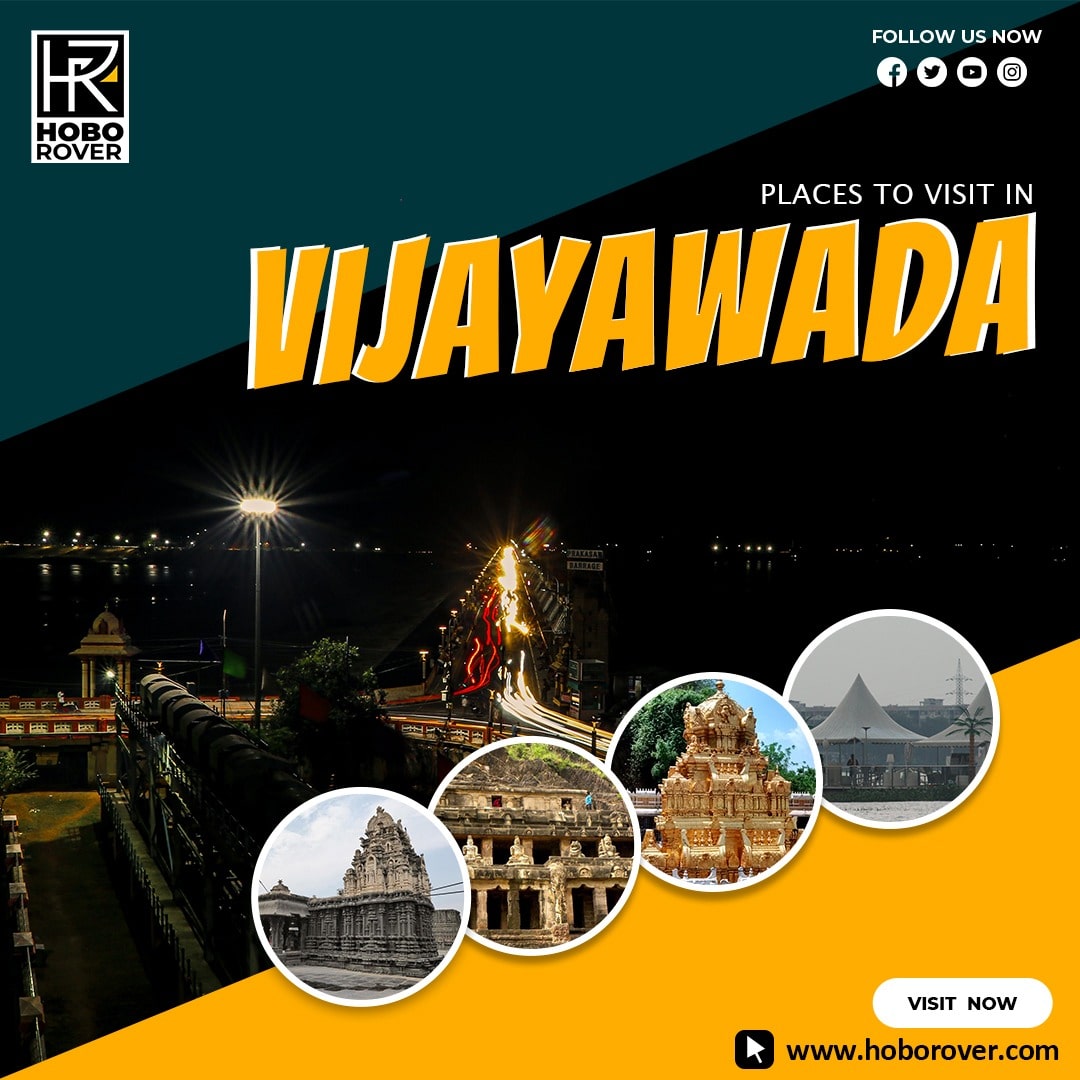 Vijayawada is a beautiful city in the middle of Andhra Pradesh. It is on the banks of the Krishna River. Travellers can get the best of both worlds in Vijayawada, which has nothing but spectacular places to visit. The old town shows the city’s attractions, rich history, and cultural past. The new town, on the other hand, lets tourists enjoy modern architecture and city life. So, if you’re planning on spending your next vacation in this beautiful city, these are the best places to visit in Vijayawada, as per Hoborover, the best tourism platform:

The Bhavani Island is one of the great places to visit in Vijayawada if you want to do something different. This Vijayawada island is on the banks of the Krishna River. It is about 130 acres in size. Not only is it an excellent place for people who love nature, but tourists can also swim, ride boats, and do other water sports there, and the island’s restaurants serve delicious food. It is one of Vijayawada’s most exciting places to visit.

In Vijayawada, the Kanaka Durga Temple is widely regarded as one of the greatest places to visit in Vijayawada. This sacred shrine was constructed in the Dravidian style of architecture and is devoted to the goddess Durga. It is located on the banks of the Krishna River and is bordered on all sides by the magnificent Indrakiladri hills. This old temple is frequented throughout the year by thousands of worshippers from all over the nation who come to offer their prayers and seek the temple’s blessings.

The Undavalli Caves are one of the best places to visit in Vijayawada. They are only 8 km from the city centre. The rock-cut caves with four stories are a great example of Indian Gupta architecture. The Jain people first built the Undavalli Caves in the 4th century. Later, they were turned into a Hindu temple. The Undavalli Caves are an excellent place for history buffs and tourists to visit because they are made of sandstone on a hill and have been carved and cut into interesting shapes.

Vijayawada is one hour drive to the west of the beautifully planned city of Amaravathi, which can be found in Andhra Pradesh. In addition to being famous for its picturesque beauty, the city is also well known for the spiritual side of its character. It is the location of a Buddhist site that is quite amazing to look at! Because of the way the city was designed, there are patches of vegetation all over the place, which will provide you with a feeling of renewal. A trip to this city would be worthwhile for you because of the many fascinating historical events that took place here in the past. Make sure to include it on your list of things to see and do in Vijayawada.

It is one of the best places to visit in Vijayawada, which is dedicated to Lord Shiva and sits on top of a hill, is a must-see. Around the river Krishna, you can see beautiful views of the city, its surroundings, and the greenery. You can look at the temple art and pray to the statues of Shiva and his family inside the temple. Join the spiritual journey at events like Mahashivaratri, Sravana Mas Utsavams, Dasara, and many more. It is one of the best places in Vijayawada to get in touch with your spiritual side.