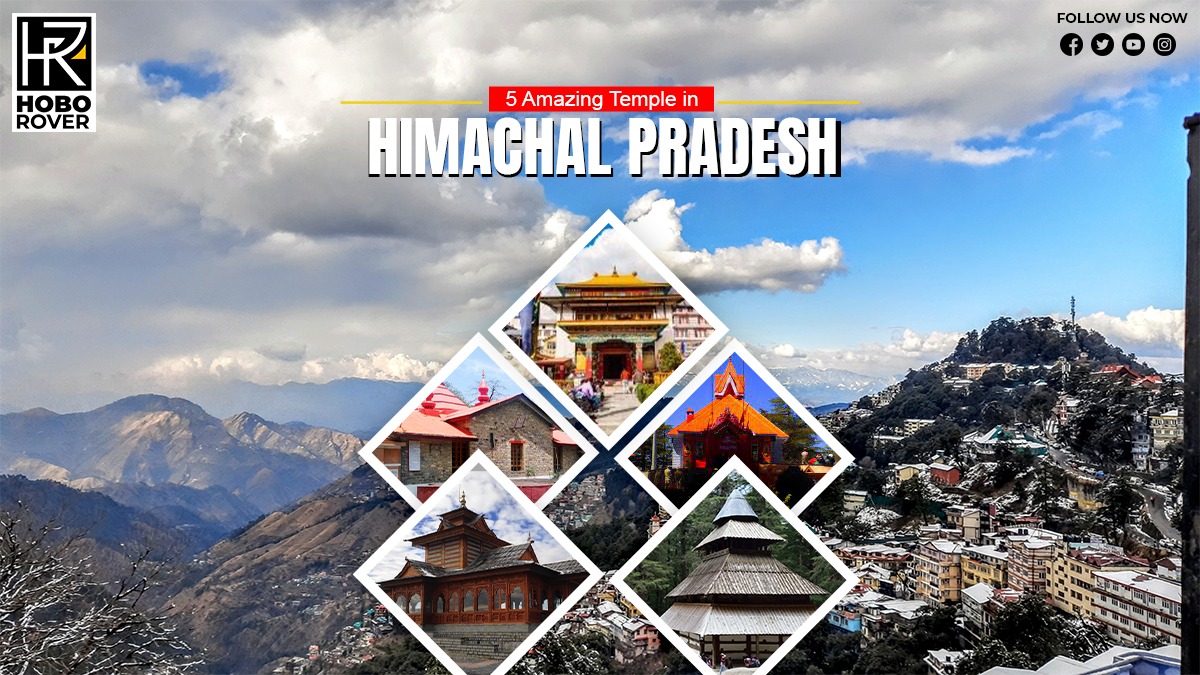 India is a country with many temples. There are many in Himachal Pradesh, which is in the Himalayas region in Northern India. Temples in Himachal Pradesh are worth visiting for their architecture and history. One of our top reasons to Visit in Himachal Pradesh is the variety of temples. The region has over 100 temples, some of which date back to ancient times. The most famous temple – Kullu Manali Temple – has been welcoming visitors for over 150 years.

If you are planning a holiday, do not forget to add these five temples in Himachal Pradesh to your itinerary

An ancient temple and caves located in the Dhaulagiri range of the Himachal is an enchanting site for pilgrims. The temple is situated in the village of Chakmoh near Kasauli, and it’s a popular shrine for people who practice Hinduism during the nine days of Navratri. It’s said that Babaji lived at this spot many years ago, and his devotees currently come here to pray on Sundays. He was an ardent follower of Lord Shiva, but also other deities for that matter as well. To show their devotion to him, all pilgrims fast every Sunday out of deep respect as a form of worship (during which time no food or water is consumed).

Second from the list of temples in Himachal Pradesh is the beautiful holy shrine of Devi Chamundi, which is a form of forest Durga. It is located in the Kangra and Garhwal regions of Himachal Pradesh. It’s a beautiful temple filled with Hindu pilgrims who worship Devi Chamundi. The mythology behind this temple contains an old story of the goddess Chamundi killing two demons, thumb and nishumbh. The temple is constructed on the same spot where the incarnation of Devi ended the evil. Surrounded by the Himalayan valleys and hills, this place is your go-to place for spiritual awakening.

The most famous tourist attraction in Shimla, India is Jakhoo Temple. It is dedicated to Lord Hanuman and is located at the height of 2455 meters (8000 feet) above sea level on top of the Shivalik Hills. The Shivalik Hills are a range of mountains within the Himalayas and are part of the greater Himalayan mountain chain. This temple got its name from a Hindu story where it’s said that Lord Hanuman rested here when he flew to collect Sanjeevani Booti for Lakshmana – as mentioned in Hindu Epic Ramayana.

Coming to number four in the list of top 5 temples in Himachal Pradesh is Hadimba Temple. Nestled between the snow-covered mountain peaks of Manali is an amazing rendition of a classic Hindu goddess. The Hidimba temple is a replica of one that stood in the Indian city during ancient times, which is most famously included as a landmark in the Indian epic, Mahabharata. 3-story high sculpted walls full of artistic carvings tell an elaborate story depicting good versus evil. This deluxe lodging option features handcrafted furnishings and lavish bedding to make you feel right at home – almost!

This is one of the most famous temples in Himachal Pradesh which is known for having a natural hot spring or sulfur springs. It is dedicated to sage Vashisht who came to this region and met with its serene beauty. Purportedly, he joined others in meditating at a nearby location here because he thought it was so inviting. The age of this temple is over 4000 years.

The temples of Himachal Pradesh can be considered the crown of India. The state has many temples, which are considered to be masterpieces of architecture, art, and sculpture. These temples were built by different rulers and religions, making them a unique blend of Hindu, Buddhist, and Jain architectures. A visit to this state will not be complete without a visit to temples in Himachal Pradesh. Read more on Hobo Rover, the emerging travel information website.